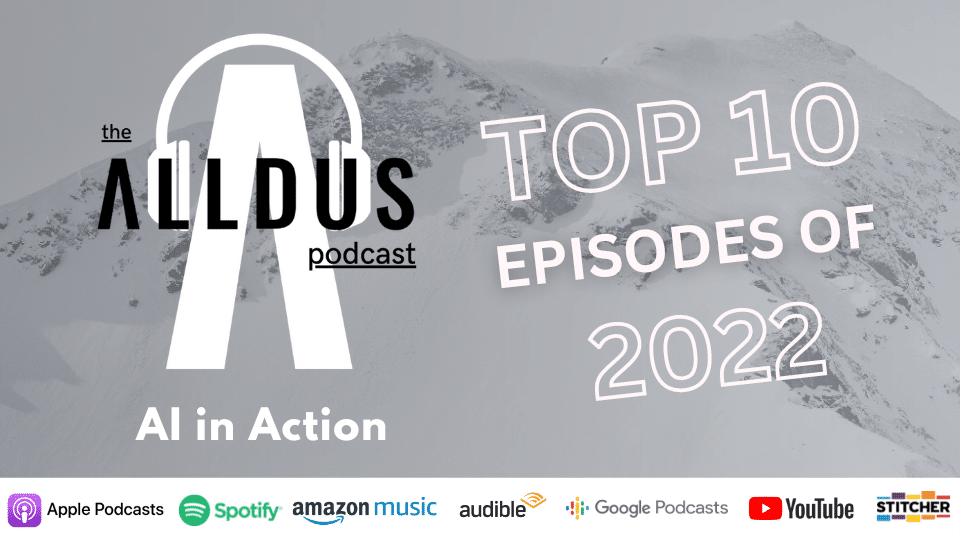 It has been another action-packed year on The Alldus Podcast and as 2022 comes to a close, we are delighted to bring you the Top Ten episodes in our AI in Action series from the past year as listened by you.

With over 2,200 minutes of great insights across over 120 episodes from global leaders in AI and Digital Transformation, being listened to every day in over 50 countries worldwide, there is plenty of great content to learn from on The Alldus Podcast whether you are interested in AI or ServiceNow.

So, without further ado, let’s dive in and take a look at the Top Ten AI in Action Podcasts of 2022. (click on picture for full episode)

10. E397: Larry Williams, President and CEO at the Technology Association of Georgia 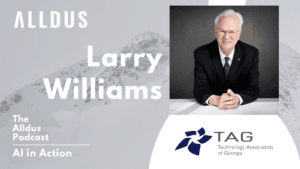 Larry Williams, President and CEO at the Technology Association of Georgia discusses his role and responsibilities at TAG, projects they focus on such as cybersecurity, fintech and the workforce, interesting examples he’s seen within AI for Good, and how they are tackling issues in healthcare & homelessness to secure children’s future. 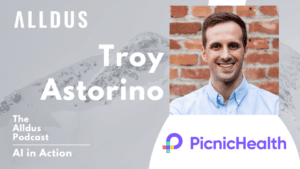 Troy Astorino, Co-Founder and CTO at PicnicHealth in San Francisco, CA joined us in August to discuss the problems they are solving within patient medical data, the role of AI, Data Science & Analytics in their platform, typical projects they work on such as ML & NLP and he told us what the future looks like for PicnicHealth. 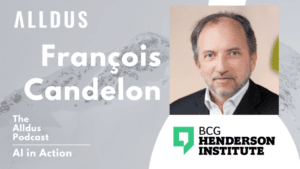 In July, François Candelon, Global Director at the BCG Henderson Institute in Paris, France joined us on the show to discuss how they are optimizing Humans plus AI as a system, use cases of how this system can impact your business,  embracing change and being consistent, the importance of a Human in the Loop approach and looking towards the Democratization of AI. 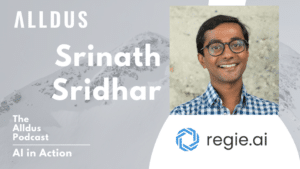 Srinath Sridhar, Co-Founder and CEO at Regie.ai in San Francisco, CA featured on the podcast back in September as he discussed how they are using NLP in their content platform for sales & marketing, The AI & Sales team that brings the platform to life,  benefits that the platform brings to users and what the future holds for Regie.ai. 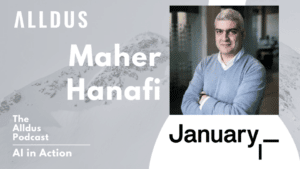 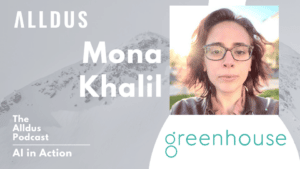 In June, Mona Khalil, Data Science Manager at Greenhouse Software in New York joined the show to talk about the work Greenhouse are doing within talent acquisition, the day-to-day life of the Data Science team, how the wider data team has evolved in the past 3 years, current projects the team are working on and what’s in store for the near future. 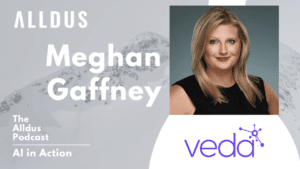 Meghan Gaffney, Founder and CEO at VEDA Data Solutions featured on the show in April as she discussed  the motivation for founding Veda, getting her idea off the ground from a technical perspective, use cases of the impact that Veda brings to customers, interesting projects the Tech and Data team are working on and the importance of diversity and inclusion. 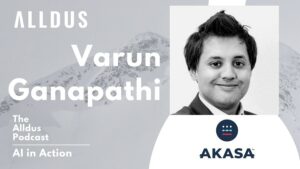 Varun Ganapathi, Co-Founder and CTO at AKASA in San Francisco featured on the show in March as he discussed the interesting work they do in the Healthcare industry, applying AI to reduce mundane and repetitive tasks, their human in the loop approach, plans for growing the team and the success they have enjoyed since launching three years ago. 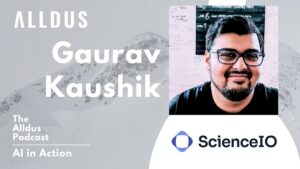 Gaurav Kaushik, Founder, President and COO at ScienceIO in Boston, MA joined the show in February to discuss the journey to setting up ScienceIO, milestones and challenges he faced in the journey thus far, use cases of the benefits the platform brings to end users, the success so far and plans to grow the team and what excites him for the future of the company. 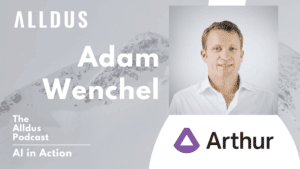 In our most listened to episode this year, Adam Wenchel, CEO at Arthur in New York featured on the podcast in Janaury to discuss the origins and what they do at Arthur, the journey of building a startup from the ground up, the role of Data Science & Machine learning in their product, what’s in store for Arthur in the near future and exciting career opportunities at Arthur.

We would like to say a big thank you to all our guests who featured on the show this year and to everyone who has tuned in. Stay tuned for more great episodes coming your way on The Alldus Podcast in 2023. 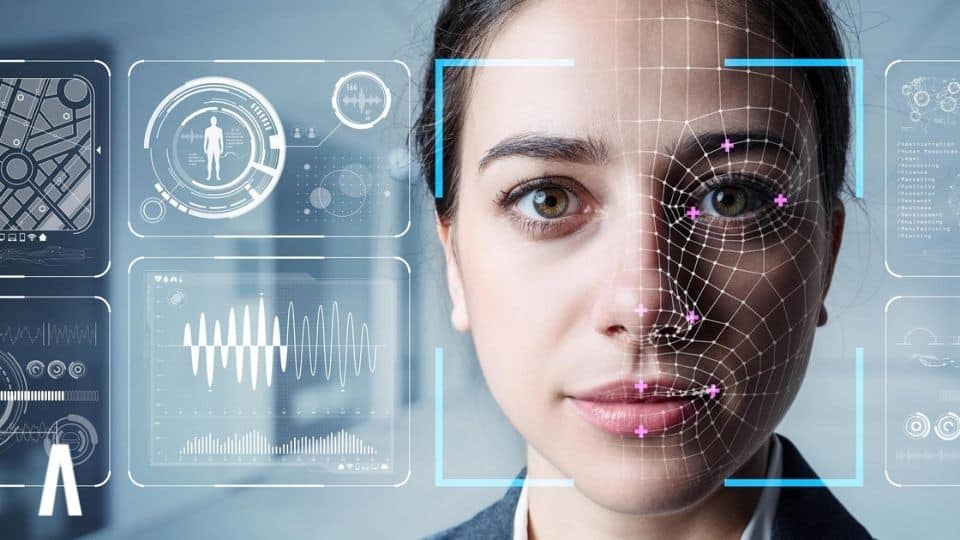 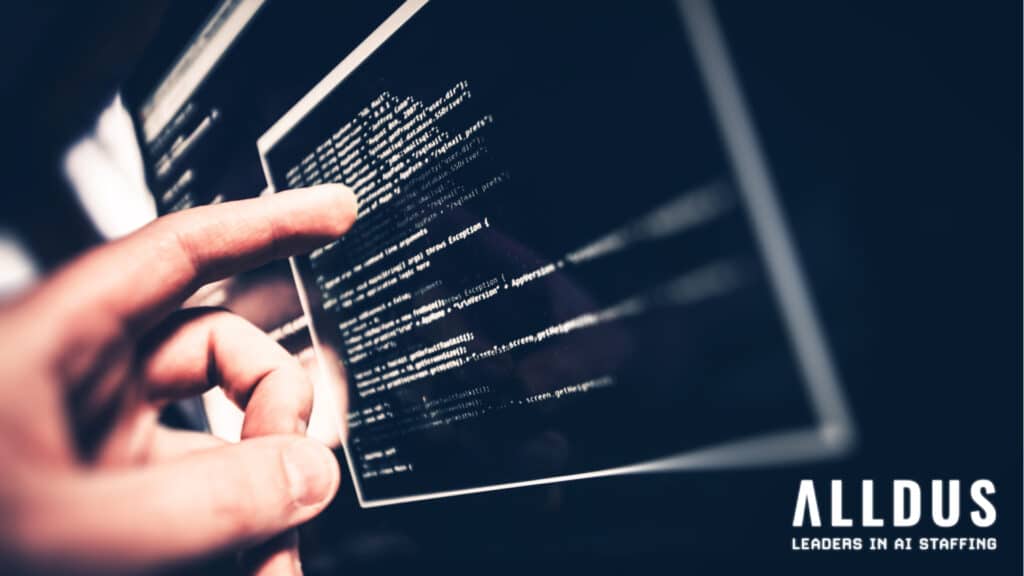 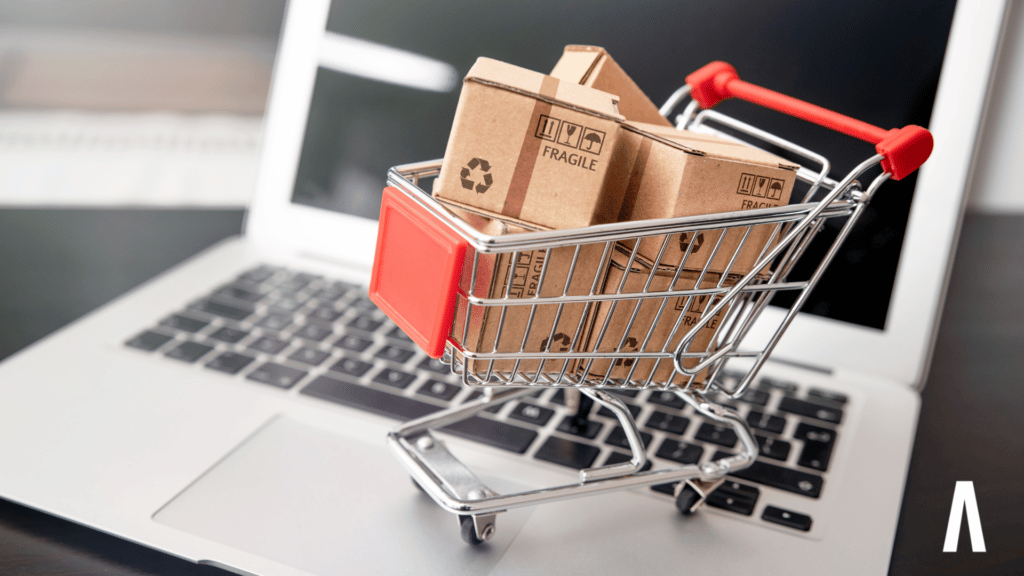